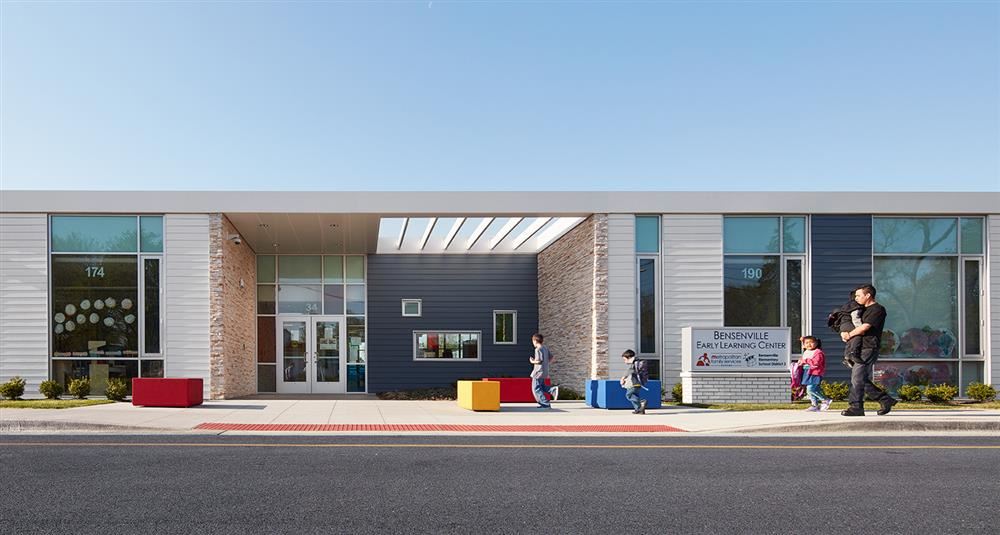 The Bensenville Early Learning Center is located at Tioga School, and it houses the District’s pre-kindergarten classes and the Head Start program operated by Metropolitan Family Services.

The six-classroom expansion of this facility will allow the District to meet the projected demand for preschool for at-risk students while also adding much-needed space for K-5 special education programs.

A 2016 study by DuPage County indicated there was an ongoing need to provide preschool services for an additional 180 at-risk children ages 3-5 in the BSD2 community. The 2017 construction of the Bensenville Early Learning Center added space for 54 of those students. This expansion will serve the remaining 126 by providing five new classrooms, one gross motor space, and one flexible space for offices or a classroom.

One or more of the new classrooms can replace office space now converted for classes. This is important, as the District has in recent years brought some of its outsourced special education services back into its buildings. While students in these programs have benefitted from returning to the District’s schools, the District’s elementary buildings now have no open classroom space.

The estimated cost of this expansion to the Bensenville Early Learning Center is $4.7 million, which will be covered by cash reserves and bond proceeds leftover from previous construction projects. The District plans to break ground on this project this spring, and complete it by the middle of the 2022-2023 school year.